The study of the roman temple of Évora was developed in collaboration with the Regional Directorate of Culture of Alentejo, the city hall of Évora and the National Civil Engineering Laboratory. This study aimed to the development and experimental validation of a numerical model of the temple directed to the seismic analysis of the structure.

Built about 2000 years, the roman temple of Évora has been studied from various points of view, especially from the archaeological and the history of architecture ones. However, there was no study on the structural behaviour, in particular on its seismic performance.

Within this work, a set of experimental and numerical works on the characterization of the main variables needed to evaluate the seismic safety of the temple were carried out. At Évora and in collaboration with the Regional Directorate of Culture Alentejo and the city hall of Évora, the LEST was responsible for conducting the following experimental works:

› Survey, characterization and record of the structural damage of the temple

› Assessment of the main frequencies and mode shapes of the structure

The experimental results were subsequently used for the validation of a computational model based on the discrete elements method, developed in collaboration with the National Civil Engineering Laboratory. The computational model was used to run a sequence of incremental dynamic analyses in order to define the seismic capacity of the temple and the evolution of the damage pattern.

In addition to the results of all tests carried out and the numerical analysis performed, it was still possible to propose a set of seismic performance indicators specific for blocky structures. 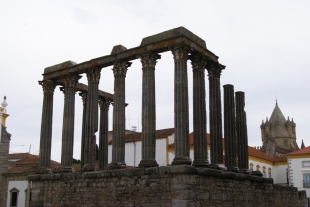 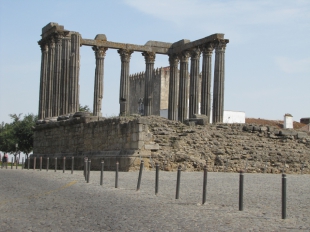 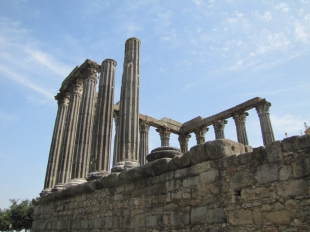 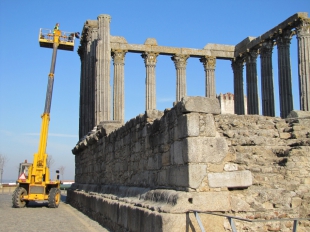 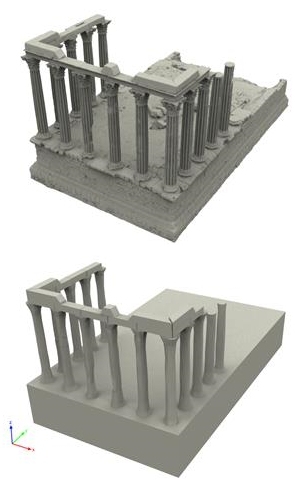 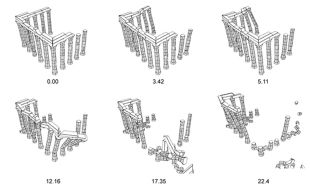