The Safi Cathedral will be soon submitted to a structural intervention which includes the preservation of the original remains of the Cathedral, the correction of existing structural problems, the improvement and installation of new infrastructure to support tourism and cultural events. Therefore, safety conditions and the conservation of the built heritage as a museum space must be assured.

The city of Safi is located in the West African coast, about 150 km from the city of Marrakesh and 300 km south of Casablanca, Morocco. The Cathedral of Safi was the first Portuguese cathedral outside Portugal during the Expansion period and it is the most important example of the non-military “Manuelino” architecture that still remains outside Portugal.

The construction of the cathedral started during the decade of 1520. It was originally a three nave church and is believed to be similar to other temples of the time such as the Funchal or Guarda Cathedrals, Portugal. During its history, the cathedral was occupied by Muslims who eliminated the naves, leaving only the main altar, one lateral chapel and an outside wall. The space of the naves was used to add several residential buildings and they turned the altar in a bathhouse for women (hammam in Arab). The remaining structure of the Safi Cathedral is the main chapel, the right lateral chapel and an exterior wall. The main chapel is almost squared and is crowned by a ribbed vault. Its dimensions are approximately 8.2 × 7.8 m width in plant, with a maximum height of 9.7 m measured from the existing pavement to the center of the vault. The lateral chapel is also rectangular with approximately 4.5 × 5.4 m width.

Prior to the design projects, inspection and diagnosis works were carried out to evaluate the stability of existing buildings, to detect possible structural damages, and to guide the design processed in terms and recommendations for actions to be undertaken. Visual inspections, sonic tests, dynamic tests, and laboratory test were the chosen techniques. Finally, 3D line trust analysis pushover FE analysis was done in order to identify possible locations of inelastic behavior of the structure during an earthquake.

The laboratory results indicate that the stones are from limestone origin and that the mortar used is lime mortar of high purity. In general, no important damages of the structural elements (such as walls or vault) where observed during the visual inspection. However, some deficiencies have to be addressed. The sonic tests and the perforation of the lateral wall revealed the existence of voids inside the masonry wall which divides the lateral chapel and the main one. The consolidation of the vault of the main chapel is of particular difficulty, since it presents a pronounced deformation in the middle span, being probably supported by the masonry wall built under the arch to create the hammam. Finally, the numerical analysis leads to the conclusion that the structure can stand higher lateral loads than the ones expected for the site. 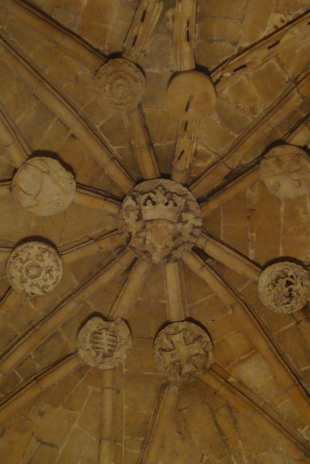 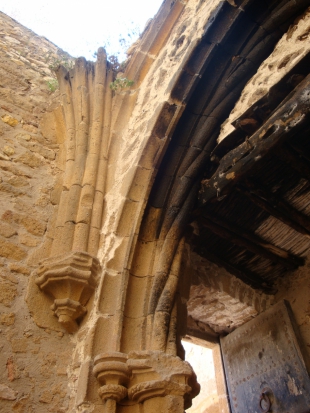 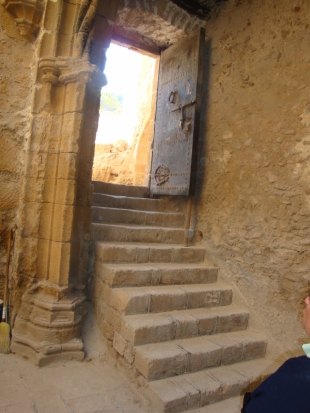 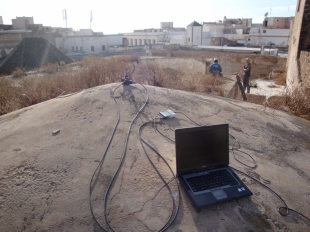 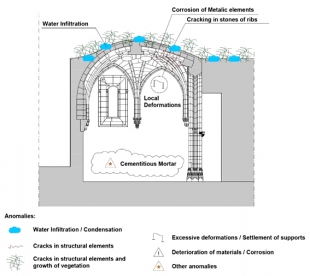 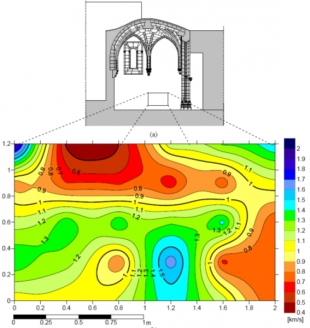 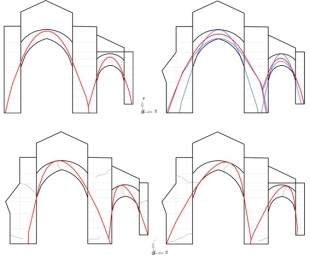